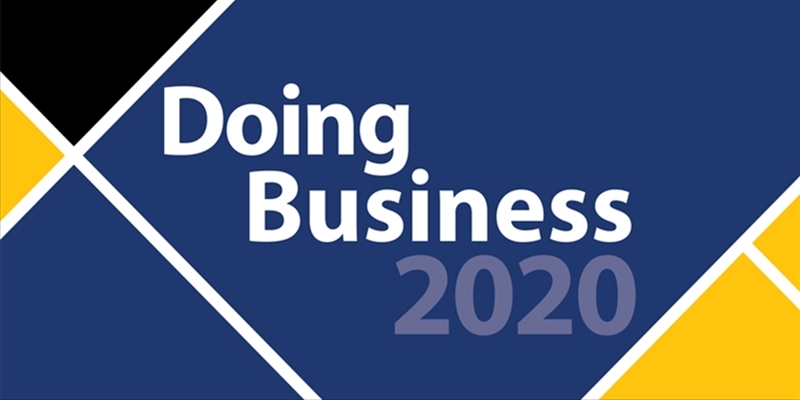 Ayşem Sargın, the Chairperson of International Investors Association (YASED), commented on the rise of Turkey by 10 rows to the 33rd rank in this year's version of the Ease of Doing Business Index by the World Bank. Expressing their satisfaction with this rise, Sargın underlined the contribution of focused cooperation by the public and private sector to this achievement.  Touching upon the importance of the consultation mechanism created by the Coordination Council for the Improvement of Investment Environment (YOİKK) in the field of investment between the public and private sector, Sargın said that they believed the introduction of the Framework Investment Legislation and the FDI Strategy covered by YOIKK as well as the Judicial Reform and other reforms would bring Turkey to higher echelons in the ease of doing business list.

According to the World Bank's report on the Ease of Doing Business Index (Doing Business 2020), Turkey rose by 10 rows to the 33rd rank. Rising by 17 rows in the previous year's report, Turkey left behind countries such as Switzerland, the Netherlands, Portugal and Italy with its 2-year performance. Remarking on Turkey's rising trend on the ease of doing business, Ayşem Sargın, the Chairperson of International Investors Association (YASED), stated that the report gave an important message to the business world with regard to Turkey.

Stressing that the public and private sector's cooperation and targeted work underlie this achievement, Sargın remarked that the Coordination Council for the Improvement of Investment Environment (YOİKK) was a very valuable platform guiding the communication of the public and private sector in the field of investment and many other areas. She also went on to say: "We are all very pleased to achieve such successful results. As YASED, we continue to contribute to many significant activities concerning investment under YOİKK. Our goal is to increase International Direct Investments fueling the sustainable growth of Turkey and meeting its financing needs in a permanent manner. We consider the Ease of Doing Business Index as important in terms of its message to the investors we would like to attract as regards the business environment in our country and we believe that the rise in this index will positively contribute to investments. Turkey's rapid rise in the Ease of Doing Business Index by the World Bank reveals its actual potential."

Bureaucratic processes will be shortened

Indicating that Turkey's share out of global FDI is under its actual potential, Sargın stated that many successful activities were performed in the background apart from the Ease of Doing Business Index. Sargın added: "The Judicial Reform Strategy Document, the first component of the Judicial Reform, has been adopted. Such developments are positively welcome by investors. Issues such as the shortening of bureaucratic processes and the simplification of taxes are other items in the agenda. Predictability is at the top of the list for us. We are working in cooperation with our Presidential Investment Office on two important efforts that would positively contribute to investors in this area under YOİKK platform. We believe that we will make considerable progress in investment competitiveness with the introduction of projects such as 'the Framework Investment Legislation' and 'the FDI Strategy'."