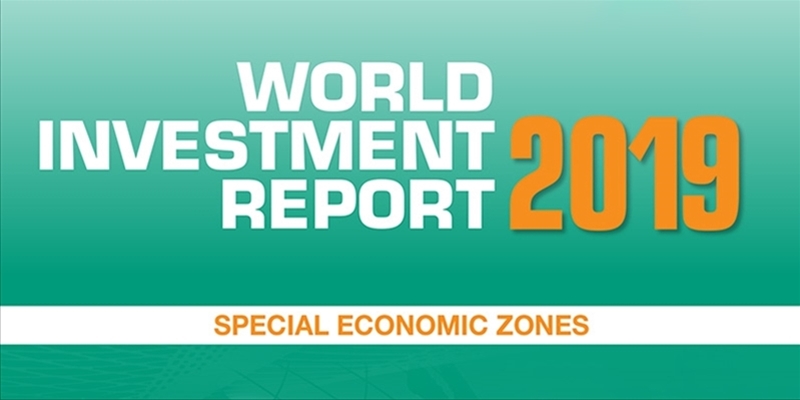 According to the United Nations Conference on Trade and Development (UNCTAD) 2019 World Investment Report, Turkey jumped 4 places and ranked 21st in the global international direct investment (FDI) rankings. Global international direct investments (FDI) fell by 13 percent in 2018 to 1.3 trillion dollars, while in Turkey it rose by 13 percent to 13 billion dollars. Turkey achieved 1 percent share of global FDI flow in 2018.

Chairperson of the International Investors Association (YASED) Ayşem Sargın, assessing the report, stated that “We believe it is important to establish a International Direct Investment Strategy focusing on investment competitiveness in order for our country to achieve its rightful share of global International Direct Investment.”
The World Investment Report 2019, prepared by the United Nations Organization for Trade and Development (UNCTAD), has been announced. According to the report, while global international direct investments (FDI) fell by 13 percent in 2018 to 1.3 trillion dollars, Turkey drew 13 billion dollars in FDI with a 13 percent increase. This 13 percent increase raised Turkey 4 places in the global FDI ranking to 21st place. Turkey also rose 2 places in the ranking among developing countries to be placed 10th.

While the share in global FDI received by Turkey in 2018 was 1 percent, it was 2 percent among developing countries, 3 percent among developing Asia, and 44 percent in the Western Asia region. Turkey was the country attracting the most FDI in Western Asia. By signing 8 bilateral investment and free trade agreements within 2018, Turkey also stood out as the country entering into the most bilateral agreements last year.

“We are maintaining our position as an investment destination”

Chairperson of the International Investors Association (YASED) Ayşem Sargın, assessing the report, stated that Turkey is maintaining its position as an important investment destination for international direct investors due to its large and dynamic domestic market, young population, developed entrepreneurial skills, ability to comply with global changes, and strategic position allowing easy access to regional markets.

Sargın added: “In order for our country to reach its target of becoming one of the world's largest economies, it is necessary to increase its share of 1% of international direct investments on a global scale. In order for Turkey to attract the targeted investment under today’s already tough competitive environment, on the one hand we must establish and maintain the correct investment environment for existing investors, and must also establish the right groundwork to attract investments which will make Turkey attractive to the world of the future in line with long term development goals.

The report, which focused on private economic zones this year, highlighted Turkey's Technology Development Areas model developed in the 2000s to attract more investments in R&D and high technology areas, and the incentives provided for research, software development and other innovation activities. Turkey ranks 6th in the countries with the most special economic zones, and 4th in developing Asia.