Favorable regulations regarding data act as an incentive for potential investors 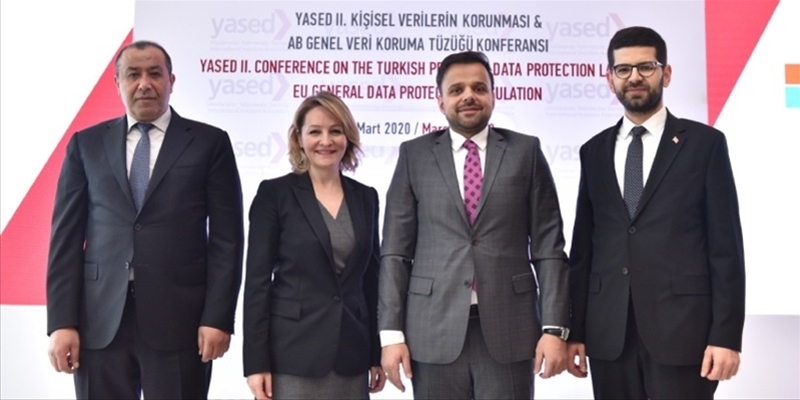 Delivering a speech at the conference, YASED Chairperson Ayşem Sargın said that the favorable regulations to be issued concerning data would act as an incentive in itself for potential investors that may come to Turkey.

Remarking that data was of great importance for the projects followed thereby concerning investment in Turkey, the President of the Investment Office of the Presidency of the Republic of Turkey, Burak Dağlıoğlu mentioned about their estimate of a rise in investments intended for data-related companies in the upcoming period.

Speaking at the opening of the conference, YASED Chairperson Ayşem Sargın stated that the most important issues for strengthening the data-based economy were the protection of personal data and the free movement of non-personal data.

Remarking that, upon the entry into force of the Law on the Protection of Personal Data about 4 years ago, it became easier to transfer data on one hand and activities intended for the creation of safe supervision mechanisms were carried out on the other, Sargın expressed that the protection of personal data was very important for both international investors and local investors.

The failure to send data to the headquarters poses difficulties

Drawing attention to the differences posed by data for international investors, Sargın said:

“International investors are required to send the collected data to the servers of their parent companies abroad. These companies must keep data in a different location from the headquarters, which poses many challenges. We believe that favorable regulations on data will increase the efficiency of many companies affected by this issue and will act as an incentive in itself for potential investors. ”

Stressing that a legal infrastructure compatible with the world needed to be provided for the protection of personal data, Sargın stated that the adoption of GDPR compliance methods was important for existing and potential investors.

Touching upon their studies within YASED indicating that digital transformation was a priority for foreign direct investors, Sargın said that it was necessary to work harder than ever to catch up with a constantly changing and evolving digital world encompassing data management.

Saying that one of their main priority areas was 'Turkey's Investment Strategy' and the other one was the criteria affecting the foreign direct investment decisions in a digital world, Sargın said "We are in close collaboration with the Investment Office of the Presidency of the Republic of Turkey  within the framework of both projects".

Safe countries to be identified for data

Starting his speech by expressing his appreciation for YASED due to the contribution made thereby to their authority, President of the Personal Data Protection Authority Prof. Faruk Bilir said that their authority started its operations 3 years ago. Stating that they were involved in activities for the harmonization of the Law on the Protection of Personal Data with GDPR, Bilir said, “We have prepared our road map on matters to be harmonized by legislative amendments or case-law. Data can be transferred abroad upon explicit consent. In the absence of any explicit consent, it is necessary to apply for a letter of undertaking as safe countries have not been identified, yet. Our activities intended for the identification of safe countries are going on. We are working on certification in line with the sector's expectation. We will soon publish a set of false facts about the Law on the Protection of Personal Data. We have also completed our work on the protection of children's personal data.”

Referring to YASED's great contribution to improving the global competitiveness of Turkey, the President of the Investment Office of the Presidency of the Republic of Turkey, Burak Dağlıoğlu stated that YASED members for acted as volunteer ambassadors for the promotion of Turkey abroad. Remarking that Turkey moved up to the 33rd rank in the World Bank's Ease of Doing Business Index as a result of the efforts of YOIKK (Coordination Committee for the Improvement of the Investment Environment), in which YASED was involved, said: "Appropriate use of personal data is one of the most important issues. Our institution will follow the entire meeting. We are performing activities to attract new investments into Turkey. Data is of great important within the projects followed by us. We anticipate that investments in data-related companies will be on the rise in the coming period.”

Information and Communication Security Guide to be published soon

Stating that they wanted data to be used in decision-making processes in public institutions, the President of the Digital Transformation Office of the Presidency of the Republic of Turkey, Dr. Ali Taha Koç said that an increase in addiction to digital technologies as a society rendered the protection of personal data important. Pointing out that a balance needed to be struck between free data flows and data protection, Koç said: “We completed our work and collected our data for veri.gov.tr. We will make it available to the public and companies so as to enable everyone to create value based on this data. 'Information and Communication Security Guide' has been prepared based on over 50 technical meetings with 16 ministries and 180 participants as well as over 2,000 opinions. This is the first reference document of our country in this field. It has turned into a nice document compliant with national and international standards via a thorough examination of the best practices regarding them. We are still receiving opinions. We will complete our activities as soon as possible. Following an adaptation process, we will wait for public institutions to eliminate their shortcomings. We will conduct supervision activities to see if compliance is achieved." 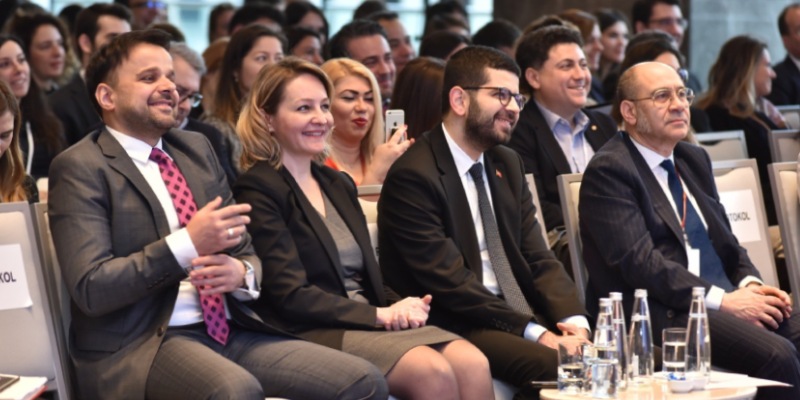 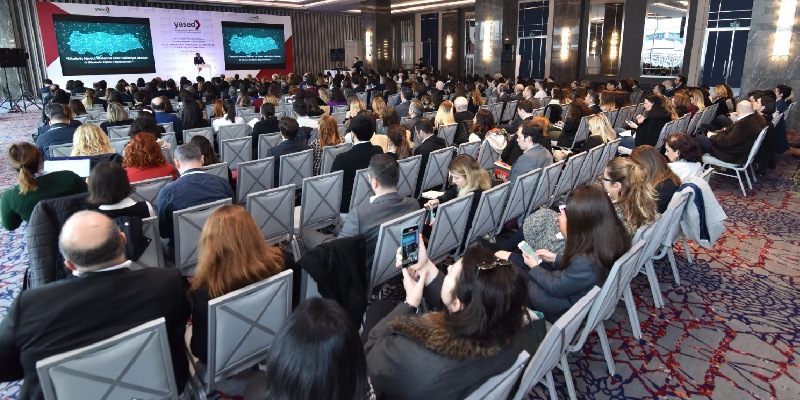 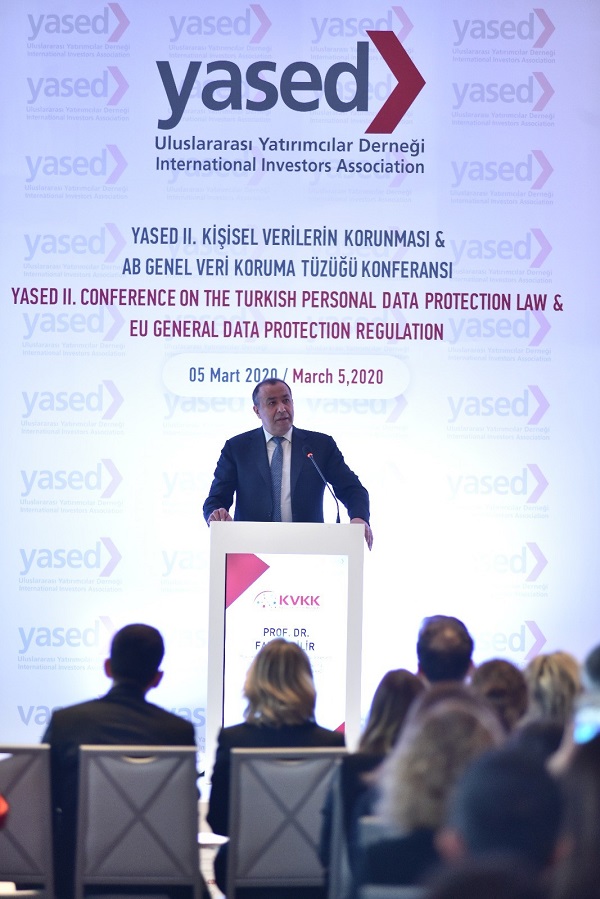 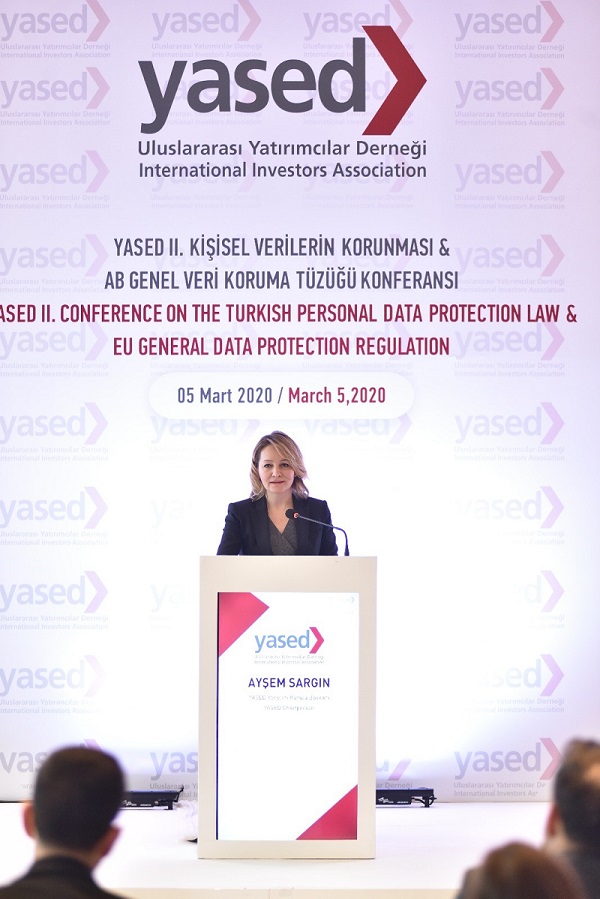 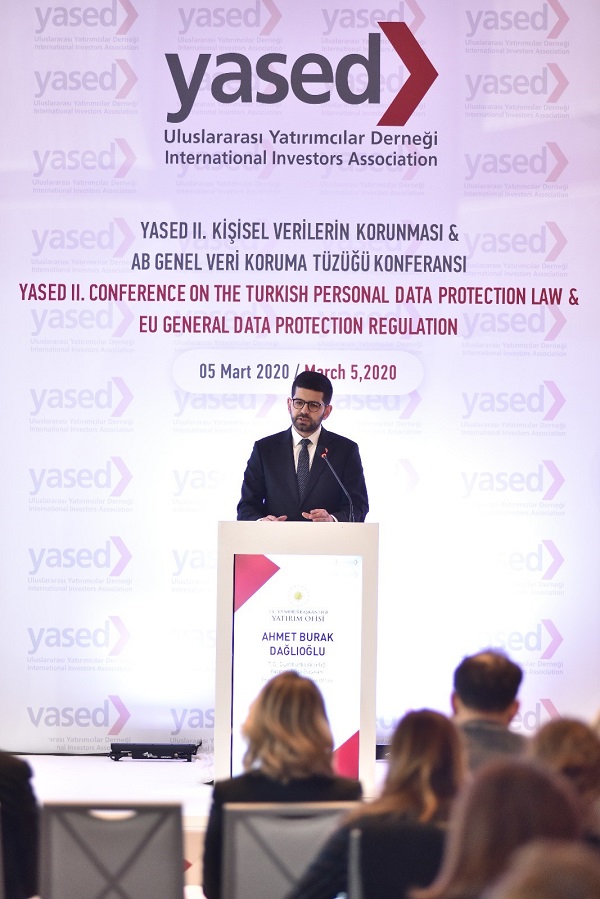 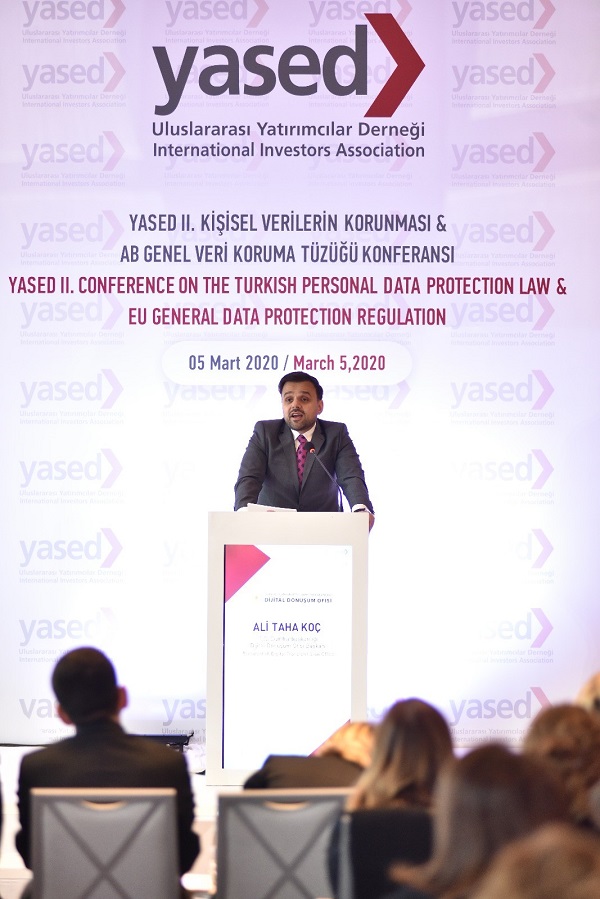