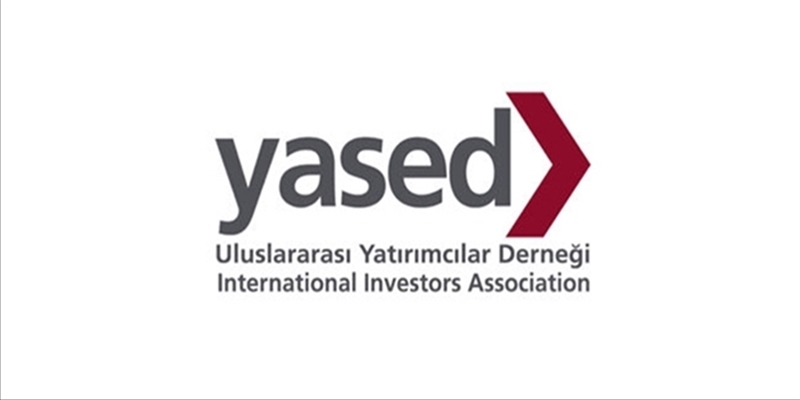 YASED International Investors Association Chairman Ahmet Erdem attended the 'Consultation Meeting with Germany Federal Ministry of Economy and Energy and German Investors' held in Ankara on October 26, 2018 as a speaker. The visit to the Committee consisted of Peter Altmaier, Germany Minister of Economic Affairs and Energy, and German investors.

In addition to German companies with investments in Turkey, YASED member companies also attended the meeting where matters such as development of relations in the economic and investment fields between Turkey and Germany, updating the Customs Union and cooperation in energy area were addressed.

In his speech at the meeting, YASED Chairman Ahmet Erdem evaluated the business and investment environment in Turkey; highlighting the energy cooperation between the two countries in particular. "YASED represents around 85 % of all international direct investments operating in our country. These investments come from 25 countries on 5 continents and cover over 15 sectors. Due to being located in between Europe, the Middle East and Central Asia, Turkey offers significant opportunities geographically to foreign direct investors. These opportunities apply not only for our dynamic domestic market, but also to countries that can be accessed from all over the region and Turkey." said Erdem.

Erdem also addressed the commercial and economic relations between Turkey and Germany in his speech: "Turkey has strong political and economic relations with the European Union, with Germany in particular. Turkey's trade volume with Germany increased by 23 percent over the last 10 years, and in 2017 reached approximately $37 billion. Since 2004, Germany has been the top country for Turkish exports. In 2017 Germany has become the second country from which Turkey imports the most. German imports account for 9.6% of all Turkey’s imports and 9.1 % of all their exports. The exports from Germany to Turkey accounted for 1.7 % of total exports from Germany, while Germany's imports from Turkey constitute 1.6 % of total imports. These figures make it clear that in terms of investment and trade, these two countries have been powerful allies for centuries and still have great potential for strengthening relations.”

Erdem said, "We believe that it is possible to increase the international competitiveness of Turkey solely by implementing the free market rules and securing the predictable trade and investment environment through laws. Therefore, it is important to make Turkey attractive for large-scale investments by taking part in the EU and Customs Union modernization process, focusing on prioritized sectors in which Turkey has better competitive advantage and making Turkey a Regional Center."